CERSGIS uses Remote Sensing and GIS to help tackle issue of illegal mining in Ghana. Small-scale mining forms an important sector of Ghana’s economy, employing one million people directly and supporting the livelihoods of about 4.5 million people. The industry accounts for 35% of the country’s total gold production. Although Ghana requires permits to mine on a small scale, it is estimated that about 70% of small-scale miners are unregistered and operate illegally. They are known locally as galamsey, meaning to “gather and sell”. While illegal mining supports livelihoods, it has caused severe damage to the environment. It is blamed for destruction of farmlands and pollution of water bodies. It also denies the state revenue: an estimated $2.3 billion in 2016. Some scholars have argued that the cumbersome legal regime and licensing procedures are to blame for the proliferation of illicit mining. Others blame corruption, poverty and high unemployment, institutional weakness and the lack of political will to combat it. These views have gained currency in recent years along with the increasing involvement of foreign nationals, particularly Chinese, in the sector. 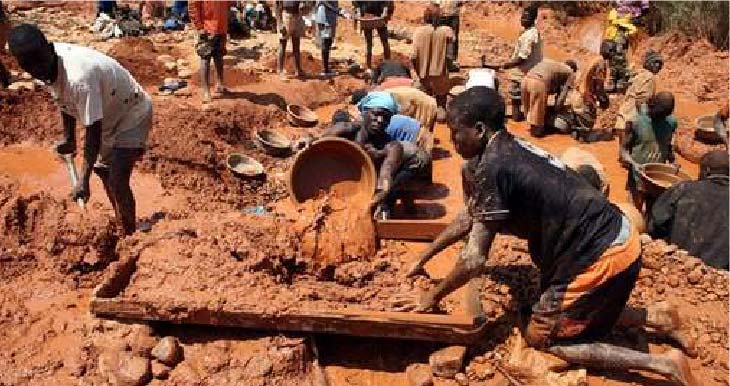